The next Ceilidh dance is on Friday April 29, 2022.  Do try to come along and bring lots of friends. 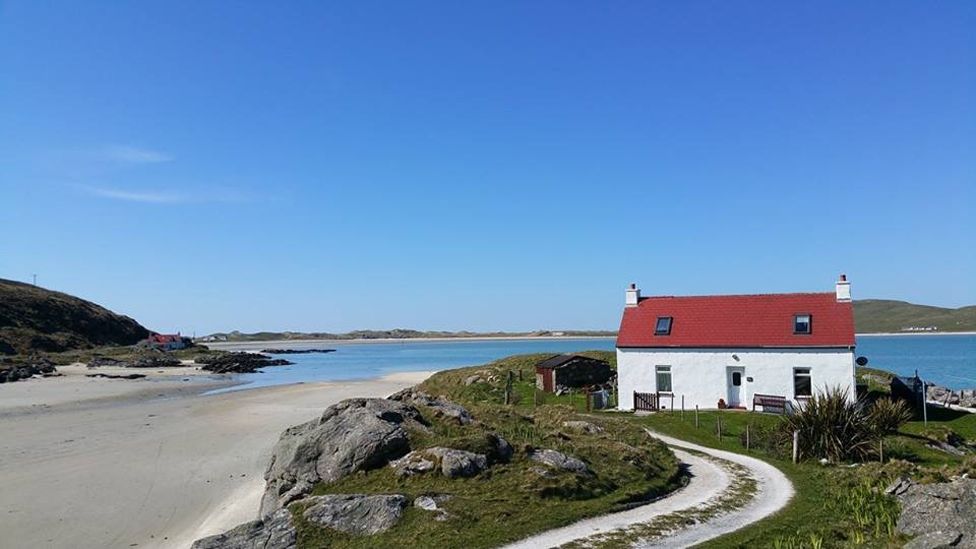 Well after that wonderful restart to the Ceilidh Dances last month we are looking forward to a fantastic crowd on April 29 when we will hold the next Ceilidh Dance.   Please come and support this Ceilidh dance and join in a safe evening of fun and good healthy exercise.

We will still have to conform to the regulations of both the Provincial rules and those of the Scottish Hall.  Currently they will mean everyone attending will have to show a vaccine passport and to respect those who choose to wear a mask.

RSCDS dance classes are starting up again but check the website for the various dates for the different clubs – www.rscdsvancouver.org.

The 2021/22 season for Ceilidh Dances are scheduled (all on Friday evenings) as follows:-

We have also booked the hall for the next season:

The dances will be classified as a class as all dances will be taught and will be held at the Scottish Cultural Centre, 8886 Hudson Street, Vancouver but, there is a slight change of time.  The class will be held in the large hall from 7:00 – 7:45 then we will all exit to give the band a chance for a sound check etc. and the dance class will run from 8:00 – 10:30 with live music by Calanais.  Alison will continue to be your teacher/caller so you are guaranteed to have a great evening.  No change to the admission – still $15 with students $10.

Let us all hope that the dances will not be interrupted by anything and we will have lots of dancing and fun again.  Any questions?  please contact me – duncanmackenzie@telus.net

It has been cool this month but most days I have been able to get outside to work in the garden.  In the middle of March I had 5 yards of soil delivered, half at the front and half at the back.  It looks like good soil and maybe contained a mixture of horse and cow manure for there were suspicious lumps of that sort as well as other lumps.  I decided to screen it so each wheelbarrow load was duly screened which meant using my hands a lot.   Fortunately I have 2 pairs of pretty thick gloves which get my hands reasonably clean.  It was a slow job as the soil was also wet and heavy.  I took me until last weekend to finally get all the soil spread out in the garden which now looks wonderful.  There is no sign of weeds yet so hopefully the soil was clean. 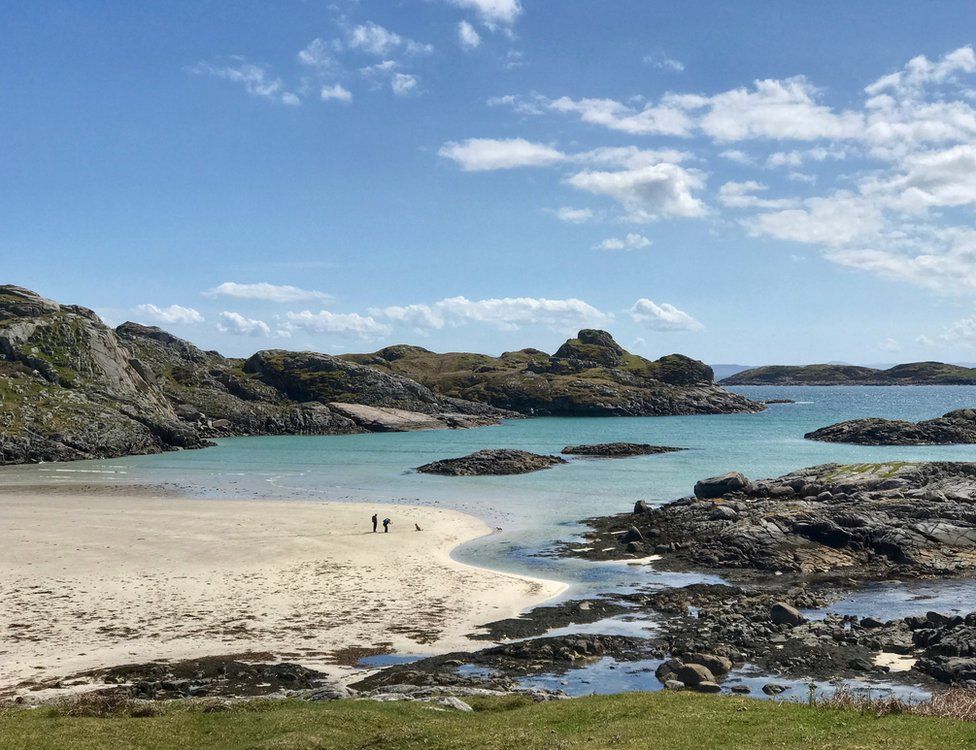 I envy people who grow old gracefully.
They age like a fine wine. I’m aging like milk. Getting sour and chunky.

Getting another set of teeth would be much more useful at 60 than at age 6.

Reading can seriously damage your ignorance

The ability to speak several languages is an asset, but the ability to keep your mouth shut in any language is priceless.

This recording was made a few years ago.   He was a crooner before he was a comedian and now, he is commander-in-chief…

It is incredibly sad to think what may be ahead for this precious
couple and their nation.

Thanks to the Irish for speaking out !!!

This is a good Video: Russian Embassy in Ireland.

Happiness is not having to set the alarm clock.

Only in math problems can you buy 60 cantaloupes and no one asks what the hell is wrong with you?

When the pool re-opens, due to social distancing rules, there will be no water in lanes 1, 3, and 5.

Tip: Save business cards of people you don’t like. If you ever hit a parked car accidentally, just write, “Sorry” on the back and leave it on the windshield. 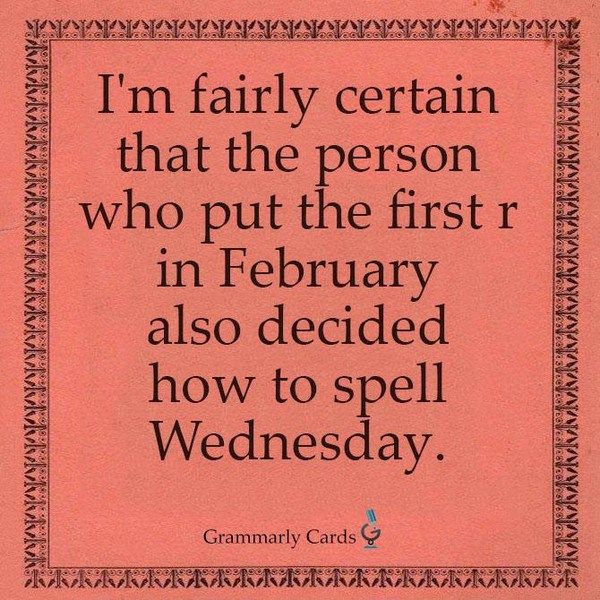 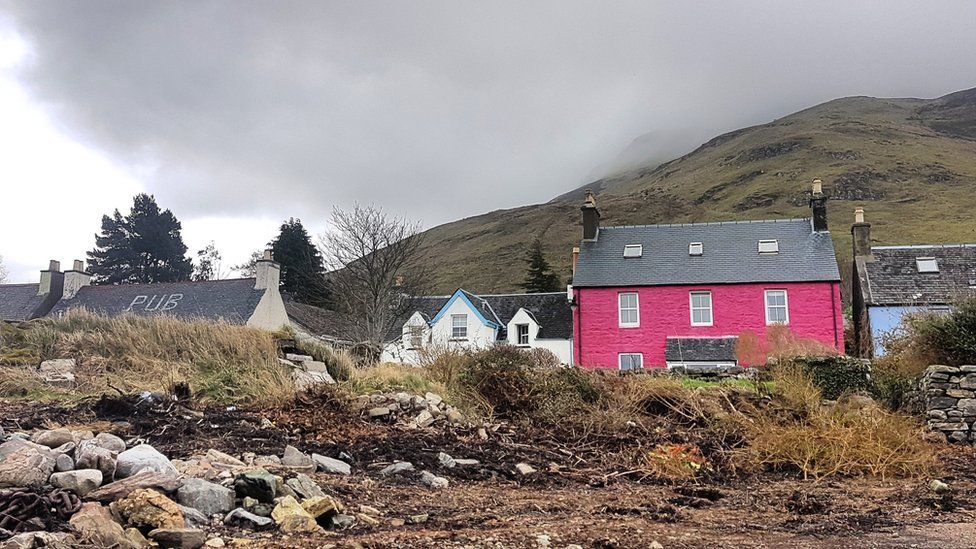 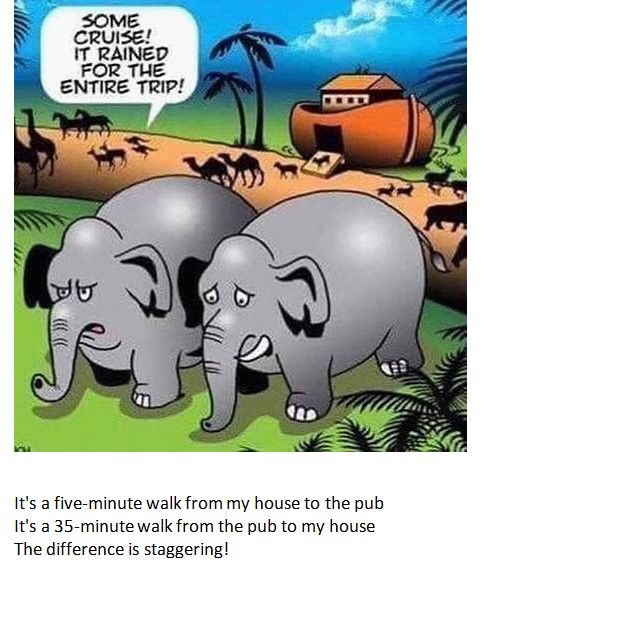 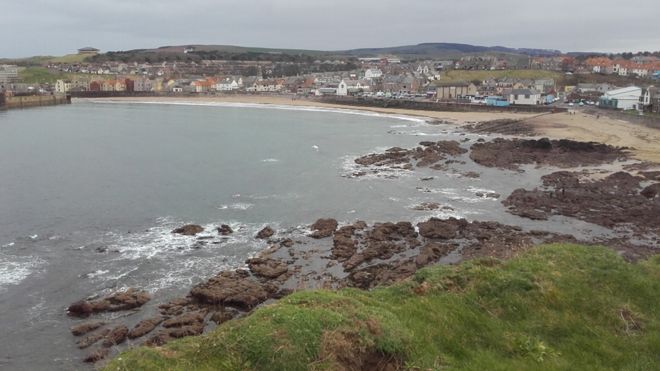 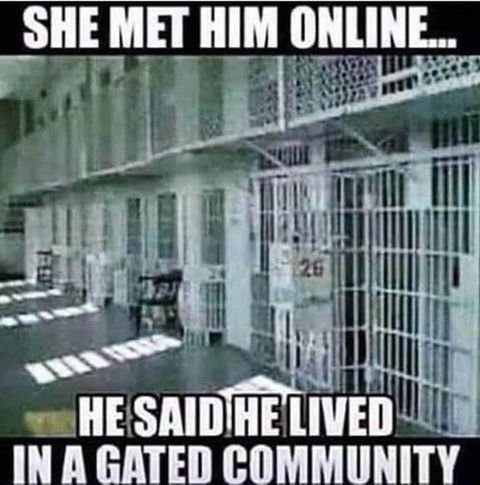 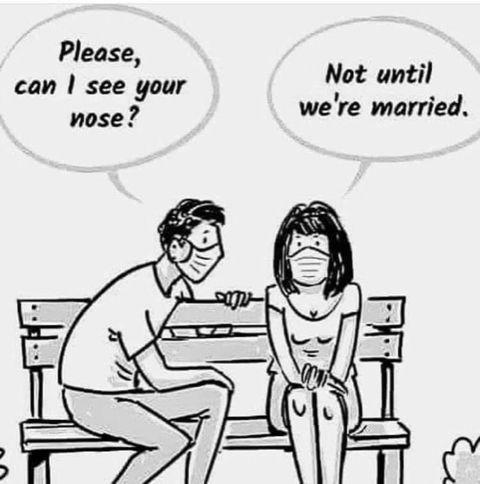 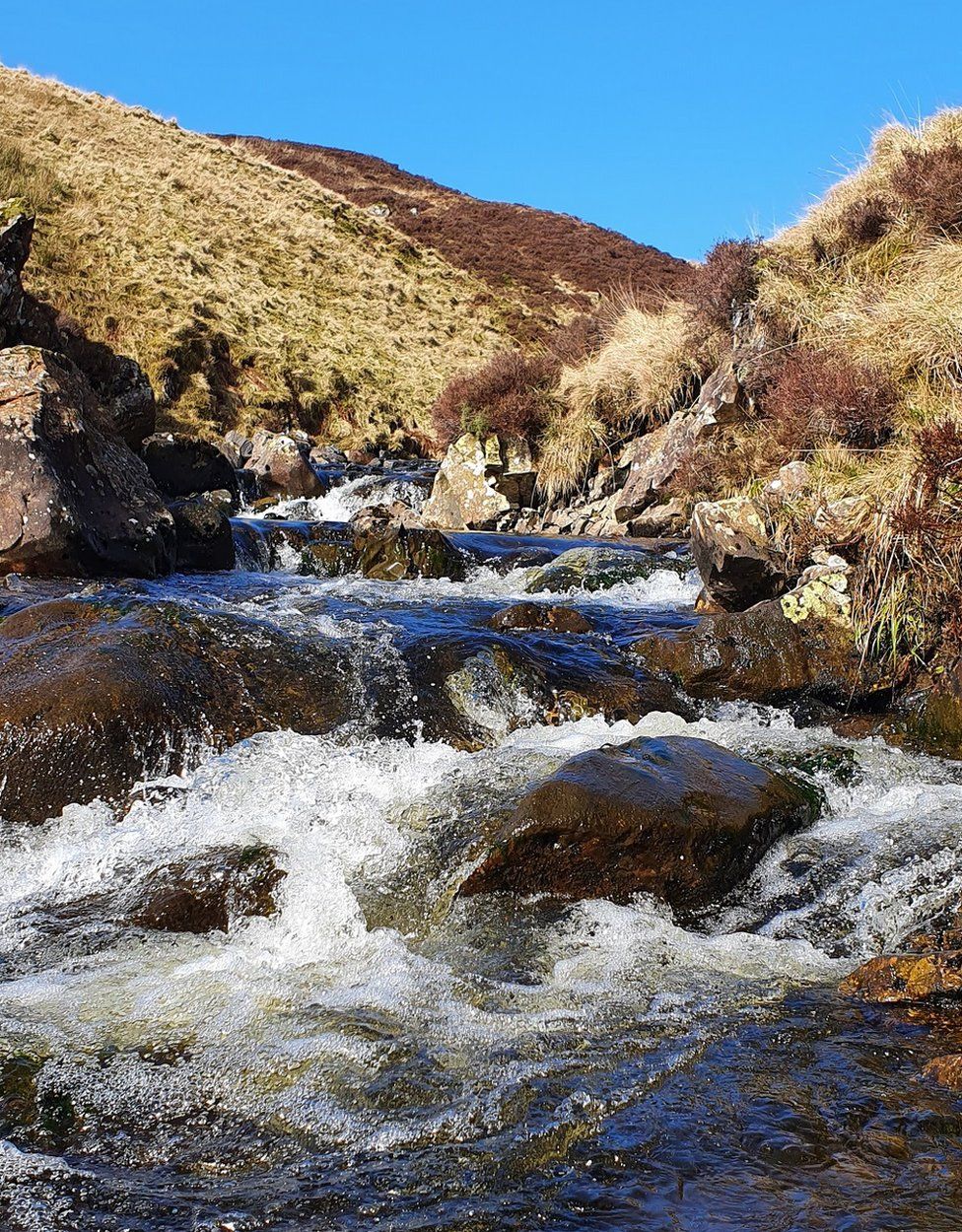 Today I saw a dwarf climbing down a prison wall.
I thought to myself, “That’s a little condescending

Had I known in March that it was the last time I would be in a restaurant, I would have ordered the dessert

You raised me up. 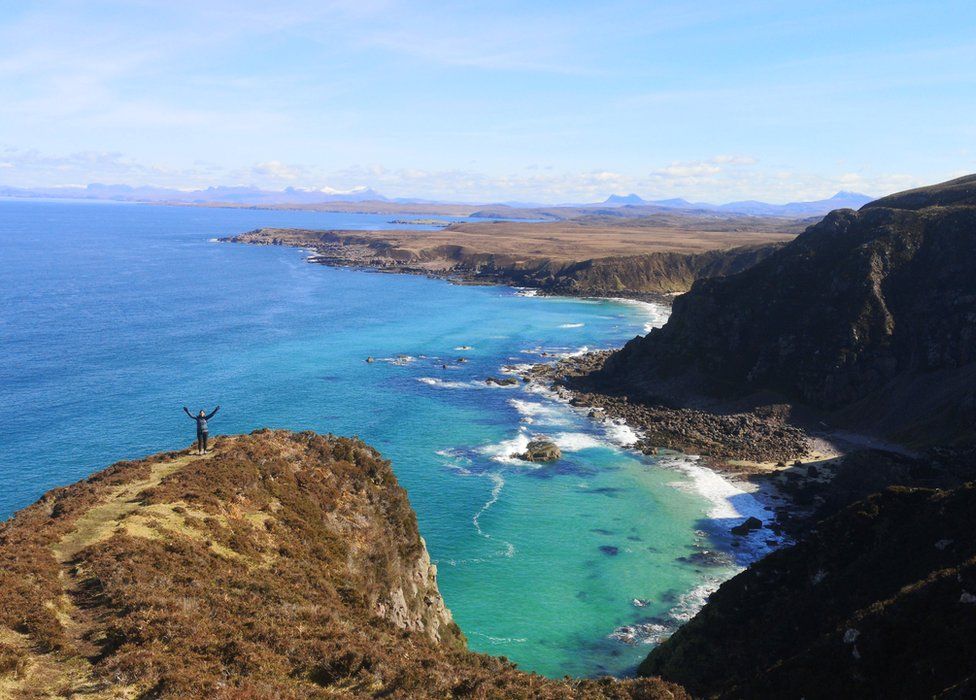 While all social media is flooded with hate and negativity, we want to flood them with good news and facts . The world is not that bad, look around you:

The Norwegians have decided not to drill oil wells in the Lofoten Islands (with oil reserves worth $53,000,000,000) to protect the islands ecosystem .

Woman elected Speaker of Parliament for the first time in Malawi’s history . Esther Chilenge annulls 1,500 marriages of underage girls and sends them back to school .

Thanks to the Endangered Species Act, the nearly-extinct sea turtle population has increased by 980%.

The Netherlands became the first country without stray dogs .

South Korea hosts dance parties for over 65 . To fight dementia and loneliness;

In Rome, it is possible to pay for a subway ticket using plastic bottles . 350.000 bottles have already been collected this way .

California restricts the sale of dogs, cats and rabbits in stores, so people remove pets from shelters;

Rice farmers around the world are starting to use ducks in their fields instead of pesticides Ducks eat insects and nibble on weeds without touching the rice;

Canada has passed a law banning the use of orcas and dolphins in the entertainment industry;

The Netherlands has planted the roofs of hundreds of bus stops with flowers and plants – especially for bees;

Iceland became the first country in the world where equal wages for men and women were legally established;

German circuses use holograms instead of animals to stop animal exploitation in circuses;

4,855 people queued in the rain for hours to be tested for stem cells to save the life of a five-year-old boy;

Indian village celebrates birth of every girl by planting 111 trees . 350,000 trees have already been planted this way .

A ban on humpback hunting has increased their population from a few hundred to 25,000

The Netherlands has built five artificial islands specifically for birds and plants . After two years there are 30,000 birds and 127 plant species

NASA satellites have registered a greener world than 20 years ago . 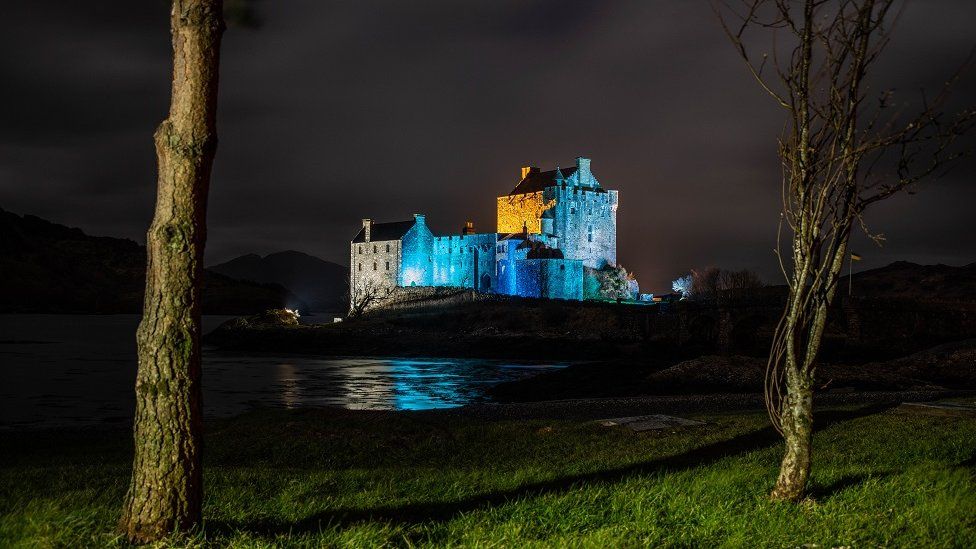 Paddy  and Murphy are working on a building site.
Paddy says to Murphy “I’m gonna  have the day off.
I’m gonna pretend I’m mad!”
He climbs up the rafters,  hangs upside down and shouts
“I’M A LIGHT BULB! .. I’M A LIGHT  BULB!”
Murphy watches in amazement!
The Foreman shouts “Paddy you’re mad,  go home”
So he leaves the site.  Murphy starts packing his kit up to  leave as well.
“Where the hell are you going?” asks the Foreman.
“I can’t  work in the friggin’ dark!” says Murphy

Paddy is said to be shocked at finding out all his cows  have Bluetongue.
“Be Jeysus!” he said, “I didn’t even know they had mobile phones!”

Paddy, had long heard the stories of an amazing family  tradition.
It appeared that his father, grandfather and great-grandfather had  all been able to walk  on water on their 18th birthday.
On that special day, they’d each walked  across the lake to the pub on the far side for  their first legal drink.
So when Paddy’s, 18th birthday came ’round, he and  his pal Mick, took a boat out to the  middle of the lake, Paddy, stepped out of the boat . . . And nearly  drowned!

Mick  just barely managed to pull him to safety.

Furious  and confused, Paddy, went to see his grandmother.

“Grandma,”  he asked, “It’s my 18th birthday, so why can’t I walk ‘cross the lake like my  father, his father, and his father before him?”

Granny  looked deeply into Paddy’s troubled brown eyes and said; “Because  your father, your grandfather and your great grandfather were all born in  December, when the lake is frozen, and you were born in August.” 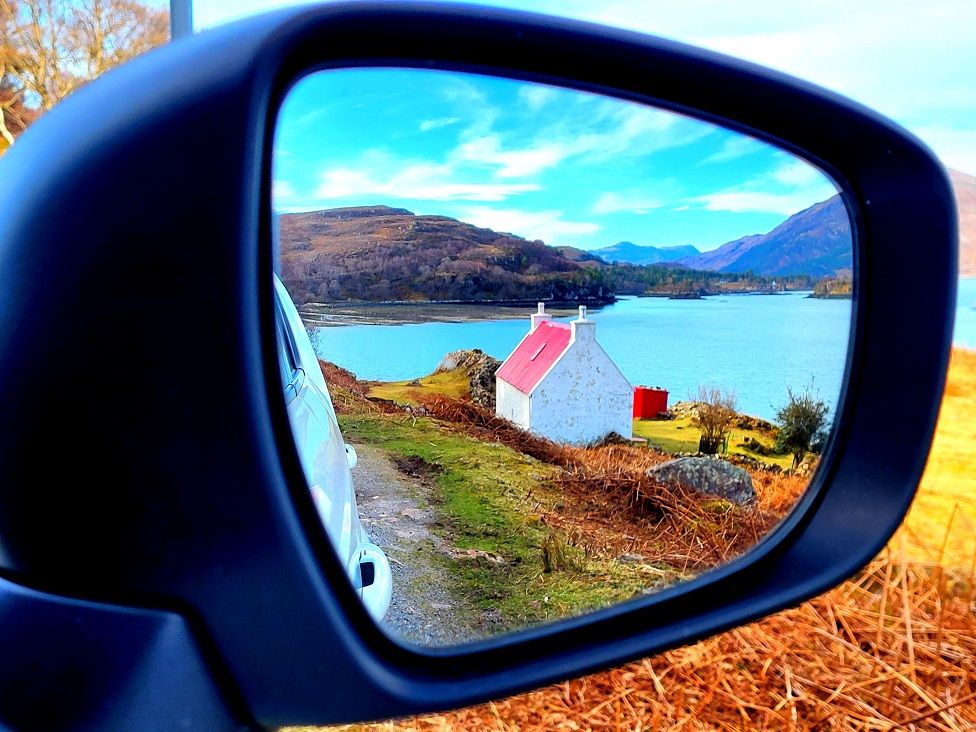 House on the road to Shieldaig 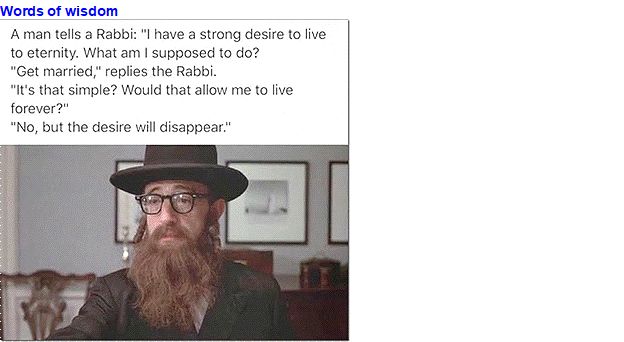 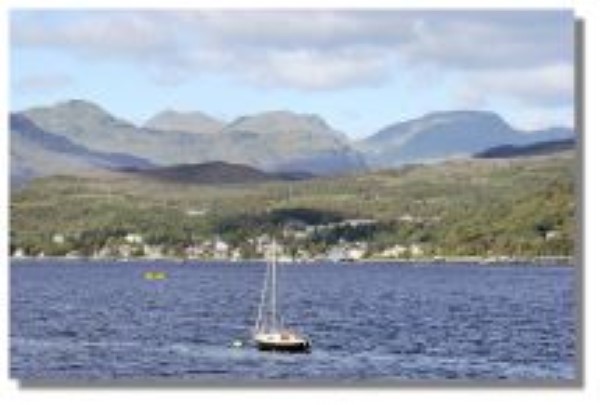 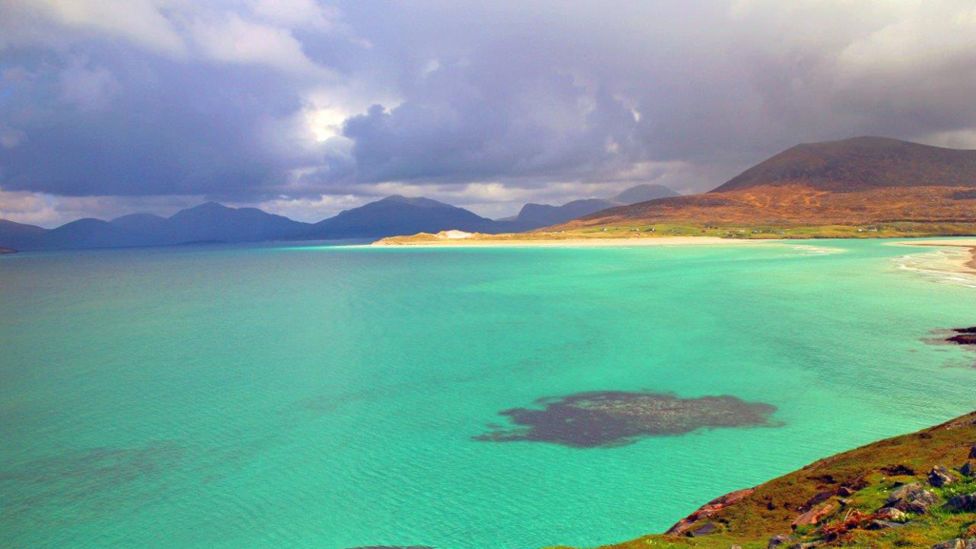 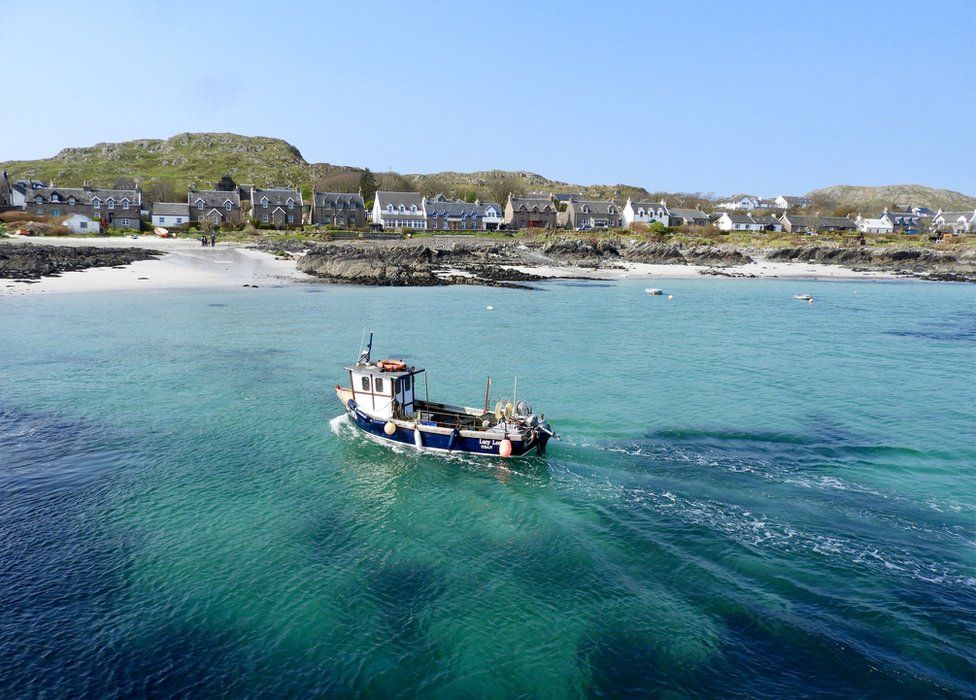 Grandma is eighty-eight years old and still drives her own car. She writes:

The other day I went up to our local Christian book store and saw a
‘Honk if you love Jesus’ bumper sticker ..

I was feeling particularly sassy that day because I had just come from a thrilling choir performance, followed by a thunderous prayer meeting.

So, I bought the sticker and put it on my bumper.

Boy, am I glad I did; what an uplifting experience that followed.

I was stopped at a red light at a busy intersection, just lost in thought about the Lord and how good he is, and I didn’t notice that the light had changed.

It is a good thing someone else loves Jesus because if he hadn’t honked, I’d never have noticed..

I found that lots of people love Jesus!

While I was sitting there, the guy behind started honking like crazy, and then he leaned out of his window and screamed, ‘For the love of God!’

What an exuberant cheerleader he was for Jesus!

I just leaned out my window and started waving and smiling at all those loving people.

I even honked my horn a few times to share in the love! ;  There must have been a man from Florida back there because I heard him yelling something about a sunny beach.

I saw another guy waving in a funny way with only his middle finger stuck up in the air.

I asked my young teenage grandson in the back seat what that meant.

He said it was probably a Hawaiian good luck sign or something.

Well, I have never met anyone from Hawaii , so I leaned out the window and gave him the good luck sign right back.

My grandson burst out laughing.

Why even he was enjoying this religious experience!!

A couple of the people were so caught up in the joy of the moment that they got out of their cars and started walking towards me.

I bet they wanted to pray or ask what church I attended, but this is when I noticed the light had changed.

So, grinning, I waved at all my brothers and sisters, and drove on through the intersection.

I noticed that I was the only car that got through the intersection before the light changed again and felt kind of sad that I had to leave them after all the love we had shared.

So I slowed the car down, leaned out the window and gave them all the Hawaiian good luck sign one last time as I drove away. Praise the Lord for such wonderful folks!! 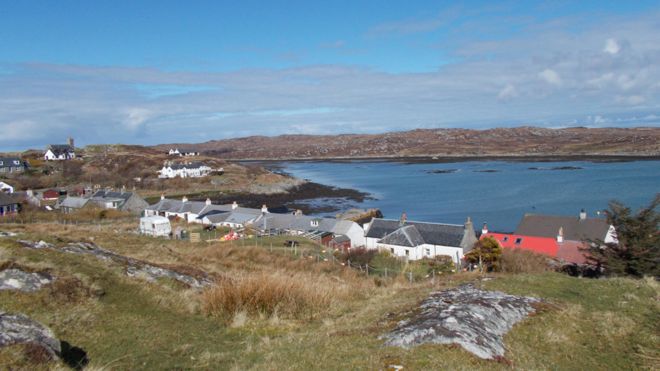 Have you had both Jabs?  If not why?  What are you waiting for?  You will not be admitted to Ceilidh Dances unless you have had 2 jabs of the approved vaccines – NEXT CEILIDH DANCE IS ON April 29, 2022 which is over 2 Weeks away!!